A Chat with Julia Coney

In recent years, the wine writing landscape has witnessed the arrival of several exciting new voices, among them Marissa A. Ross, Randy Smith, Elaine Brown, Alisha Sommer and Jess Lander, to name a few. Julia Coney, whose former beauty blog, All About the Pretty, reached a national audience (The Washington Post, Lucky, Essence and Ebony), adds an informed-yet-casual perspective on wine for the consumer to explore.
As I write this, the Washington, D.C.-based Coney is in Paris, sitting as a judge on the Concours Mondial des Feminalise panel, an all-woman wine tasting and judging competition. 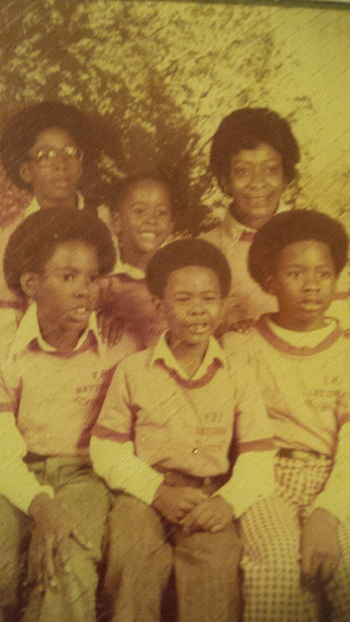 RH Drexel: You grew up in the South—in Texas and Louisiana. What were your first experiences with wine growing up, and how did they shape your interest in wine today?
Julia Coney: I come from a family that doesn’t drink. The only memory I have of wine is my aunt who drank wine, but not regularly. If I was visiting her in Louisiana, she would have a glass with dinner, but not all the time. Wine wasn’t an item on our dinner table.
Did your interest in wine lead to an interest in travel, or vice versa?
The travel bug bit me through reading. I’m a bibliophile. I started getting into wine in my early 20s, and after studying abroad in Paris, I was hooked. Travel is one of the best ways to open your mind, and wine is a constant study in travel (regions, grapes, history). I grew up in a house where reading was encouraged. My father believed African-Americans had it better in Paris. I don’t know if he read that somewhere, but this was also a man who dealt with a lot of racism in his career. He gave me Giovanni’s Room by James Baldwin, and I was immediately hooked. I couldn’t quite understand why I took to his words until I was actually studying abroad in Paris. It was a full-circle moment. My entire life I felt I belonged in France, and here I was actually going as an adult. I just wish my dad had been alive to see me go.

Can you describe for me the wine epiphany or epiphanies that led you to want to write about wine?
My first wine epiphany was in 1998 – a bottle of Caymus Cabernet Sauvignon at a dinner party for my former boss. I worked for a lawyer who was really into wine. The second was in 2003 at a friend’s parents’ house. They owned restaurants, and it was a Chateau Latour that made me a believer in why wine is a big deal. I didn’t think of writing about wine until December 2015, when my husband and mother encouraged me to rethink why I wasn’t writing about wine. Most of my mom’s family are educators, and she’s a teacher. I always read and kept a journal. I majored in English Literature and always planned to write. It wasn’t until I started blogging where I found I did have a voice. My mom is one of the best editors I know. She is stealth with her edits. I used to send her my papers in college to edit. I send her my blog to edit before I post it.
I enjoy that you write for the consumer versus writing mostly for the wine trade or other writers, which I find to be a somewhat disconcerting trend among many wine writers. Why is the consumer important to you?
The consumer is important because, at the end of the day, wine needs to be sold. The job is to make consumers more knowledgeable so they buy more wine. Yes, as wine writers we can geek out over producers, terroir, grapes and history, but we need consumers to help carry the story.
Who is your audience? Can you describe your reader to me?
My audience is 30+ with a disposable income and doesn’t look like consumers you see in ads. Let’s be real. When we think of wine consumption we do not think of people of color being wine consumers.

I really enjoyed your blog about wine as it relates to each character on the HBO series, Insecure.
The idea to write about HBO’s Insecure hit me after the first episode. The second I saw the cheap wine bottle, I realized I could write something about great value wines for each character. Not all characters on television can afford expensive wine, and I wanted to showcase wine to match the characters’ personalities.
When you're buying for yourself—drinking just for yourself versus working on an article—do you buy mostly based upon wanting to explore the terroir of a certain place, a certain producer? What lights your fire when shopping for yourself?
My fire is lit first by region. I’m a traveler so I think in those terms. If I want to visit Spain, I think of where I want to visit in Spain, what I want to eat, and what wines I want to drink while eating. Next, the exploration of grapes and producers follows. 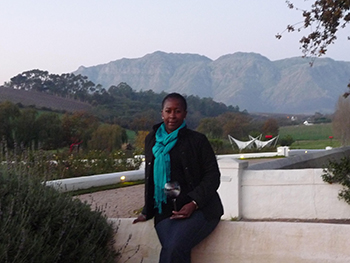 Why write about wine? You've written about beauty in the past. You've written about travel. Why explore the world of wine, and what do you hope your writing will bring to the reader?
To me, wine is about travel. They go hand in hand. I want readers, through my writing, to feel as I do when I read. I want their innate curiosity to come through. I want them to think about not only what they are drinking, but possibly planning a trip to that region to visit and taste wines you can’t always get at your local store.
You recently wrote an open letter in response to an article penned by Karen MacNeil about the glass ceiling in the wine industry. Your letter was very civilized, but you did call her out for not portraying any women of color in her article. She in turn responded to your article. I found your original piece very, very moving. Talk to me about how your open letter and Karen's response to it have affected you.
I didn’t think that blog post would reverberate in the industry like it did. As an African-American woman in the world of wine you can’t help but notice how people of color are left out of the wine discussion in all aspects. I attend a lot of trade and media events, and knowing there are more people of color who want to be included but are not invited is disheartening. I have to mentally talk to myself before every trade event.

We’ve talked about how you’re sometimes mistaken for someone who is working at a trade event, rather than a professional attending the event. Can you give me other examples of what it’s like when you attend these types of events?
It can be from rude comments to reps not actually pouring enough in my glass for me to actually taste the wine. I was recently at a tasting in NYC. There were four of us standing in front of a wine rep holding out our glasses. Each of the men received a substantial pour—about two ounces. The lady next to me received less than that, and I received a splash of wine. Before I could say anything the woman had to tell the rep she wants the same pour and to give me the same. Mind you, he had just opened the bottle in front of us.

How do we move forward as an industry with regard to being more inclusive of people of color? It's certainly something that wineries talk about, I think because it's P.C. Still, I don't see a lot of them changing up their hiring decisions, particularly on the executive level. How do we as an industry start to do the real work here?
We wouldn’t be drinking wine if it weren’t for people of color. Seriously. Are we kidding ourselves about who actually picks the majority of the grapes? It’s asking if someone who works for you wants to be mentored to expand his or her job opportunities. I’ve heard from numerous people that this issue has been discussed, but it falls on deaf ears.
I am guilty of that myself. I am often invited to wine industry tastings and exclusive events, and I cannot recall inviting a person of color to join me. This realization just recently struck me, and I’m deeply ashamed of it. Why is that? It reminds me of a very powerful quote by Martin Luther King Jr.: “I have been gravely disappointed with the white moderate. The Negro’s great stumbling block in his stride toward freedom is not…the Klu Klux Klanner, but the white moderate who constantly advises the Negro to wait for ‘a more convenient season.’ Shallow understanding from people of good will is more frustrating than absolute misunderstanding from people of ill will.” I must actively change my behavior, not just pat myself on the back for thinking in platitudes.
It is a start that you are acknowledging where you can grow. It’s as simple as mentioning to wine public relations companies the name of a person of color for a press trip if you can’t attend. It’s the little things that add up. The woman standing next to me at the tasting didn’t have to say anything about the wine in my glass and the slight. But she did. We have to start there.
To read Julia Coney’s blog and learn more about her, visit www.juliaconey.com.

All photos courtesy of Julia Coney.