It’s often true that a little judiciously-applied butter turns a dish from something ho-hum into to a real knockout, but in cocktails, butter is rarely the secret ingredient. The Progress, State Bird Provisions’ sister restaurant on Fillmore Street in San Francisco, has always offered creative new drinks alongside a handful of modern twists on popular cocktails. The key to their singular Manhattan lies in a small, buttery deviation from the classic. We checked in with bar manager Dylan Henry to learn how it’s made.
The core of the restaurant’s signature recipe—developed by opening bar manager Bryan Hamann—is traditional. There’s bourbon, a few dashes of Angostura and sweet vermouth. They use Carpano Antica Formula, which Henry describes as having “a sort of digestif or Amaro characteristic,” and a rich sweetness “that smooths out the sting of the bourbon.”
But the 100-proof Evan Williams Bottled-in-Bond whiskey that they pour into the jigger is a souped-up version: Every week, Henry preps 12 bottles of special “Black Butter Bourbon” through a process called fat-washing. 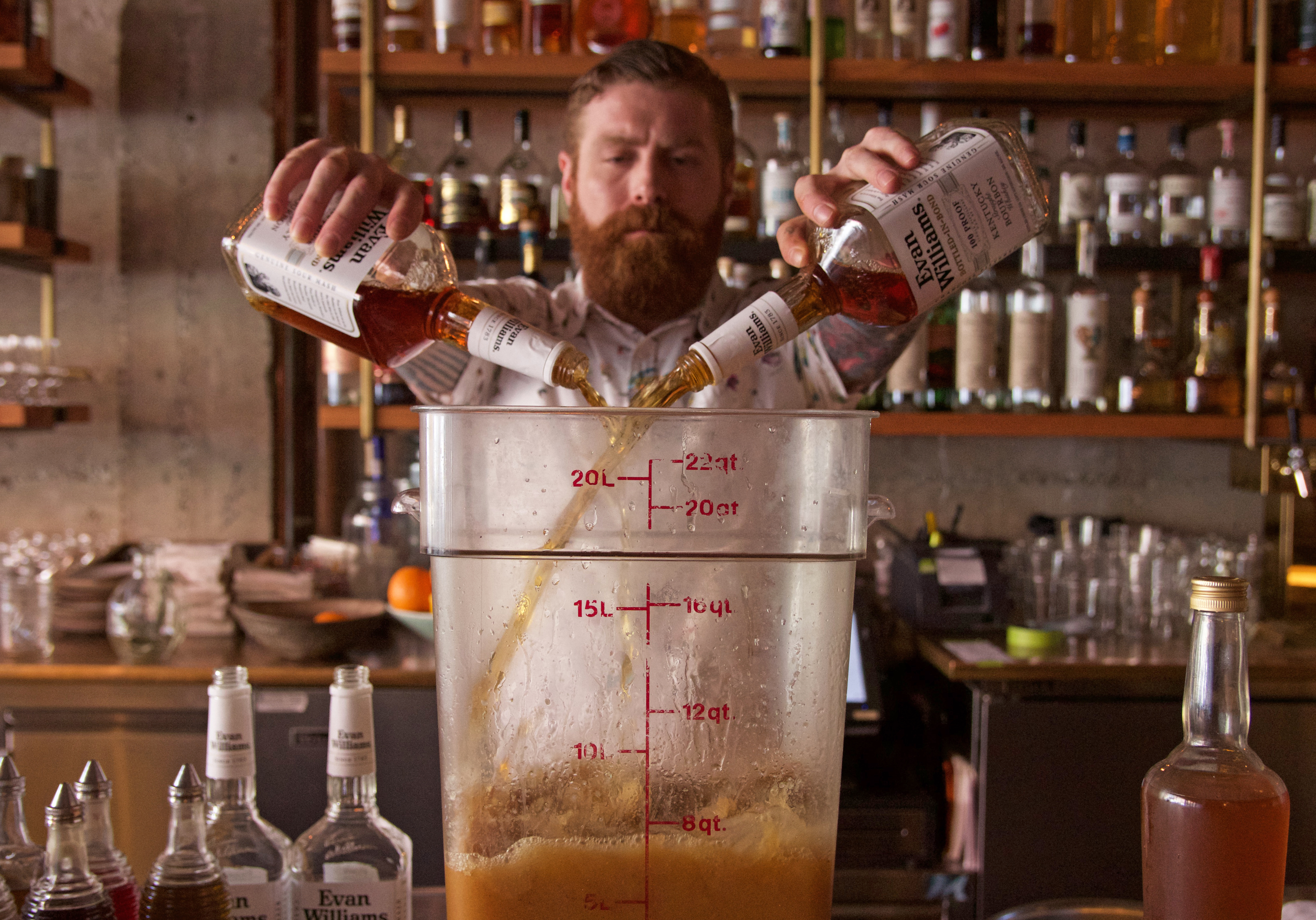 He simmers three pounds of butter until it foams up and separates, but doesn’t stop when it begins to get toasty and tan. “We just keep going until it blackens and turns the color and consistency of coffee grounds,” he says. Instead of ending up tasting burnt or charred, it gets remarkably sweet. “It turns into more of a butterscotch, candied, caramelized flavor,” describes Henry.

When the butter has cooled in a large container, Henry adds the bourbon and puts the mixture into a freezer overnight. By the next morning, the solids have separated and can be removed in a large block, which then goes to the kitchen for food applications. The frozen butter “definitely tastes like bourbon,” Henry says. Most recently, it was whipped into a dip for fresh biscuits. 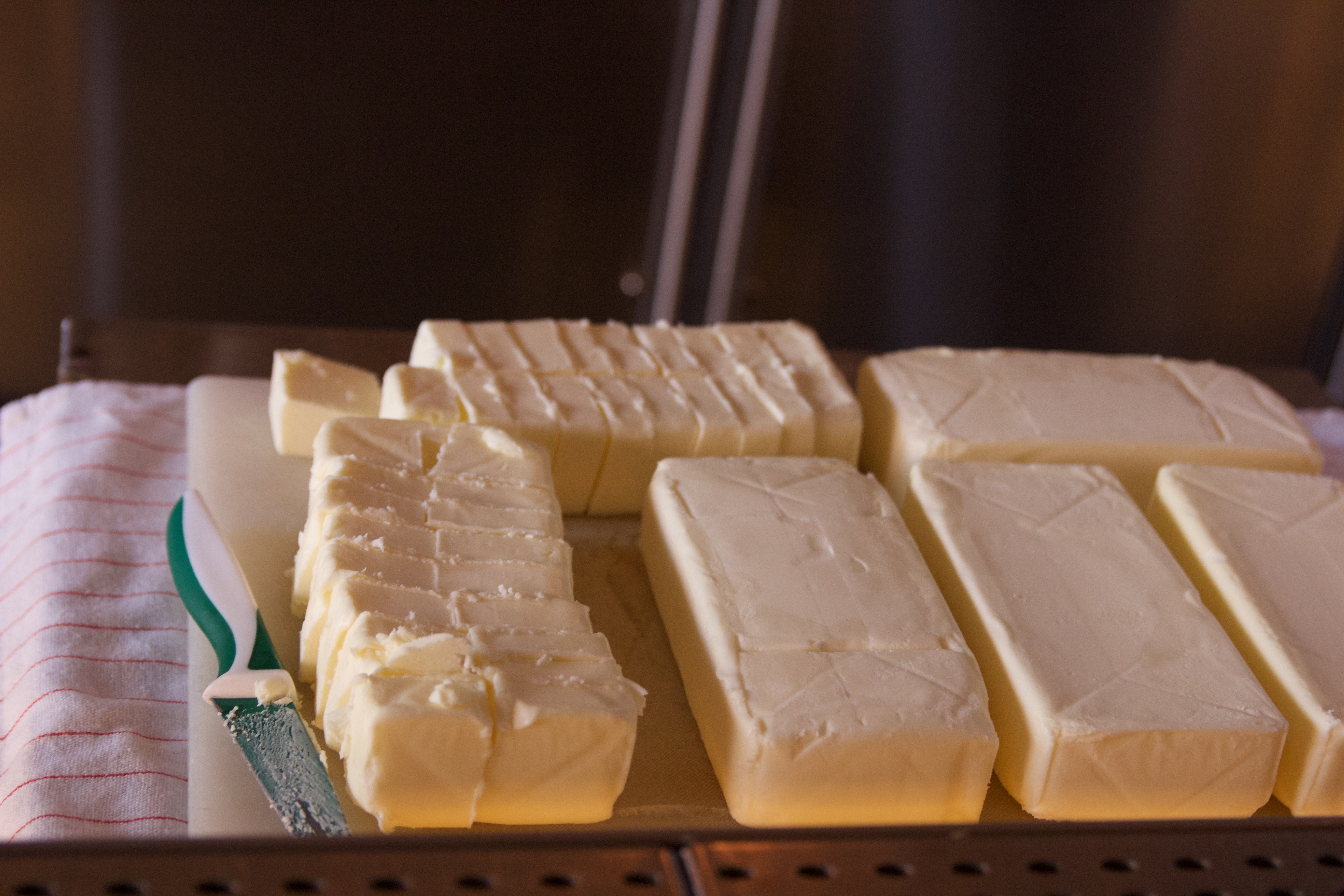 Though the butter-infused whiskey is strained through several coffee filters until clear, it retains a lot of the butter’s caramelized flavor and aroma. “It goes from that traditional bourbon profile to a slightly syrupy, rich, deep tone,” Henry says. Perhaps just as importantly, it contributes a thick, velvety texture to the drink once stirred.
Henry has seen other bars play with truffle oil and foie-gras fat-washing, but he sees a kinship between bourbon and butter. He compares the naturally grainy characteristics of the spirit to freshly baked bread—which you often slather with butter. And he points to how many people love oak-aged Chardonnays that get a buttery taste from malolactic fermentation. “Pairing barrel-aged bourbon with butter just makes total sense. You can get a little crazy, but sometimes you don’t need to go too big."