Hennessy is probably the most well-known Cognac in the world, but its name is decidedly not French.
Its Irish founder, Richard Hennessy, had joined the Irish Brigade of the Queen of France in the mid-18th century, and was so enamored with the region that he established a trading firm in Cognac in 1765. Eight generations of Hennessys have run this iconic company, traveling all over world to build up the brand's universal reputation. 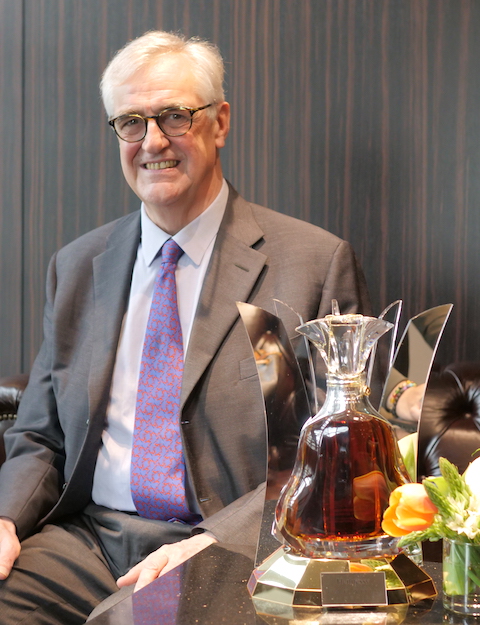 Today, Maurice Hennessy continues this tradition as the brand’s Global Brand Ambassador.
Born in 1950 in Neuilly, a leafy Parisian suburb, Maurice spent all of his childhood years in Cognac. He then studied agriculture at university in Paris before spending a number of years in West Africa. In 1975, he returned home to Cognac and the family firm.
Here, he shares his thoughts about legacies and the Hennessy Paradis Impérial, a blend of rare 19th and 20th century Cognacs inspired by the Cognac that the company created in 1818 for Tsar Alexander I as a present from his mother—a jewel of the Hennessy collection.
Do you remember your first taste of Cognac?
In those times, we weren’t allowed to drink before we were 21! What I remember was that when I was a teenager, on Sundays my father would add two or three drops of Cognac on a lump of sugar for us to taste. It was called a ‘canard’ because it looked like the beak of a duck. I was trained by my father to appreciate what I was drinking and also to fear the danger of excessive drinking.
Growing up as you did, when did you first realize the weight of the family legacy?
I was never obliged to join the family business, in fact I went to farming school! My father was a nuclear scientist himself and he always told me that I didn’t have to join the family business. It was because of an internship with a distributor of Hennessy that I discovered my own passion for the business—it is very surprising how decisive internships can be on one’s life. That’s when I discovered that this was what I liked to do: I liked meeting customers and putting our bottles on the shelves in everywhere. 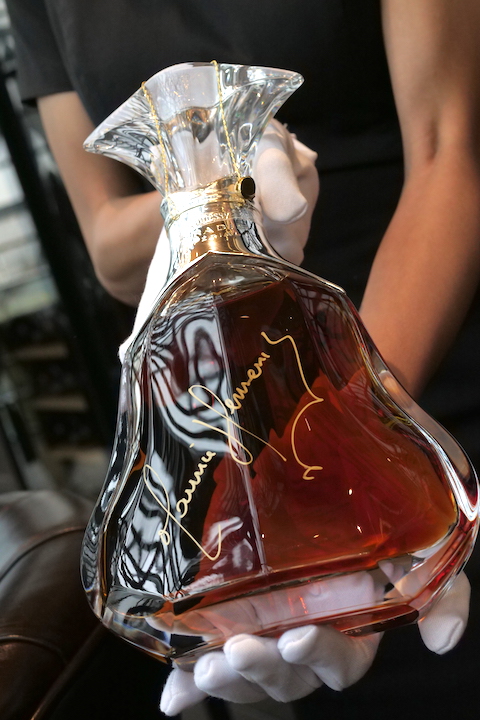 What is the Hennessy Paradis Impérial, and what makes it special?
Hennessy is the only firm that has had the same family of blenders for eight generations. In 2010, Yann [Fillioux, 7th generation master blender from the Fillioux family] thought his time at the company was coming to an end and so he decided he would create something amazing as his chef-d’oeuvre, or masterpiece as you say—a Cognac that would be contemporary and transcendent.
Every year, our committee of tasters will go through about 10,000 samples of Cognac. Out of these, there will only be about 10 that they find are absolutely stunning and amazing and this is what goes into the Paradis Impérial.

Do you have tips for appreciating Cognac?
In your very hot climate, one which I love is Hennessy XO on the rocks. A tumbler of very cold ice cubes and a little bit of XO. You can add some good sparkling water, I do that sometimes, 3 cl of Cognac to 3 cl of water, and no more. But for something like the Paradis Imperial, I’d say take some time and take it in moderation to savor slowly with friends and family. And good quality chocolate and Cognac is the perfect pairing!