Words On Wine: Jefford & I

I read Andrew Jefford’s unstintingly entertaining Decanter column concerning his conscious uncoupling with “the best” that wine has to offer. “At some point over the last year,” I imagine the penitent scribe uttering in a cracked voice through the confession box grille in the climactic scene of a 1950s weepy romance, “I realized something had changed in my relationship with wine. I didn’t want the best any more.” That's where the maudlin strings come in. He goes on to suggest that such wines might be exquisite but not “necessarily interesting”, lamenting the reverence that surrounds their exhibitionistic consumption, the knee-trembling stratospheric price tags detached from quality, the notion of somebody else determining what is “the best” (my apologies) and listing regions that have become worthy substitutes such as Germany, Alsace and Roussillon inter alia. Personally I would have ensured that Spain and South Africa were on that list but as he says, each to their own taste.

It struck a chord despite not every assertion chiming with my own. For example, I have found that cognoscenti possess the nous and first-hand experience to know when to drink their bottles and much of the time they are opened with appropriate reverence. It is only when it does become ceremonious that it tends to be plastered over the Internet, thereby giving the false impression that every Lafite-Rothschild is opened to a bugle fanfare and streamed live on Youtube. A majority of fine wine is opened discretely.

However, I empathise with his main assertion. Strange as it sounds considering my regimen of high-end grape juice, I cannot afford the wines that I write about, at least not without sacrificing a family holiday, next month’s mortgage or my daughter's Pokémon card allowance. The opportunity cost is too high. I am very fortunate to have access to a cornucopia of fine wines through connections, the most generous and amiable friends on the planet, the esteemed publication that foolishly employs my penmanship, amenable winemakers, good fortune and a hell of a lot of hard work tapping away at my keyboard. “I am not paid according to what I drink,” I corrected someone recently. “I am paid for what I write.” Put the effort in, graft away, compose a decent article and say “thank you” to those that help you on your way and you find that doors open.

His column reminded me of a recent exchange with an ex-colleague as we were walking to a restaurant in Tokyo. Back in the late-nineties we both worked for a well-respected importer, purchasing obscene quantities of First Growths, Burgundy and a choice selection of classified growths for the thirsty Japanese market – essentially the very wines that now lie beyond Jefford’s zone of interest. I asked my old cohort whether they still bought the same wines and whether consumers’ demands had changed. I am paraphrasing here but he answered: “Ten years ago, a customer would inform the sommelier that they had say, ¥50,000 to spend on a bottle...” (Of course, that figure varies according to the depth of the person’s pockets.) “The amount has not changed,” he continued to my surprise. “However ten years ago the wines would have to come from Bordeaux or Burgundy. Now it does not matter where it is from, as long as they feel that they are drinking the best.”

His comments echo Andrew Jefford’s albeit in a different sphere. These customers are not downgrading, no that's the wrong word, "down-pricing" to cheaper wines but instead have widened what they deem to be "fine wine", that is to say, bottles that they have no qualms paying large amounts for.

What are termed “classic regions”, traditionally Bordeaux and Burgundy to name the two that are closest to my heart, enjoyed historical advantage. They are presupposed to represent “the best” and duly placed upon a pedestal by cognoscenti. In recent years wine-lovers’ tastes have diversified and they are no longer restricted to Cabernet Sauvignon/Merlot blends or Pinot Noir. The pedestal must now accommodate Riesling, Viognier, Mourvèdre, Nebbiolo or Tempranillo etc. Once upon a time, a wealthy wine-lover would not be seen dead ordering anything but Grand Cru white Burgundy or a classified growth.

That stigma has not totally died away, however, it has definitely withered.

These days they can glance over to the next table and proudly turn the bottle so that their neighbour catches sight of that well-regarded Sonoma Chardonnay, Riesling Kabinett or acclaimed Swartland straw wine. There is still snobbery attached to wine. It is part of its DNA. However, as long as they feel that they are drinking the best of its kind then they will leave others to pay silly prices for blue-chip Bordeaux and Burgundy. In any case their move away from obvious wine regions is totemic of a mature and sophisticated palate. "B" is for "Bordeaux" and "beginner" as many a Chinese connoisseur will tell you as they liquidate their lake of unwanted Pauillac for a couple of bottles of Chambertin.

The proprietor of a classified growth, on the back of what was a relatively successful 2015 en primeur, ignores this trend at their peril. Business might seem good. However, factor in the speculative, investment aspect of those regions, exclude them from demand and ask yourself what percentage would remain. (In my experience, winemakers in Burgundy find this opaqueness far more disconcerting than in Bordeaux, for various reasons that deserve their own article. Let’s just say that in countless conversations, Bordeaux winemakers patently see a positive correlation between price and success, whereas in Burgundy it is not unknown, but unquestionably rare.)

The implication of Jefford’s column and one frequently expounded my myself, is that irrespective of perceived demand and prices, never take this enviable position for granted. Tastes change. Veneration can be transitory. A century ago, the wines of Sauternes and Germany were more revered than common-as-muck red Bordeaux. When dining at a restaurant I sometimes enquire how the sales of Bordeaux are going. On two or three occasions the sommelier replied that they are there for show, occupying a vinous mantelpiece to enhance the restaurant’s esteem. The business end, in other words, what is glugging down throats, mirrors those of Andrew Jefford and my Japanese colleague... Bring it on if it’s good, wherever it may come from.

When I explain this trend to château-owners my opinion is too often brushed aside, as if it is matters little that younger people can no longer afford classified growths and have become disengaged, apathetic and even hostile towards the established historical names. Certainly in Bordeaux the dogmatic pursuit of exclusivity can sometimes seem the be and end all. It does not matter that over the last decade there is less and less conversation about Bordeaux and fewer Bordeaux-themed soirees. Bordeaux is no longer the cornerstone of wine education. People move on. Whilst the Bordelais might cite centuries of dominance as assurance that the same names will continue their reign, this misguidedly ignores the fact that up until a decade ago, most people had a chance of affording them. Plenty of off-vintage Bordeaux and Burgundy languished on merchants' lists, less familiar growers that served as introductions to the regions, bottles that were the catalyst for lifetime passions. 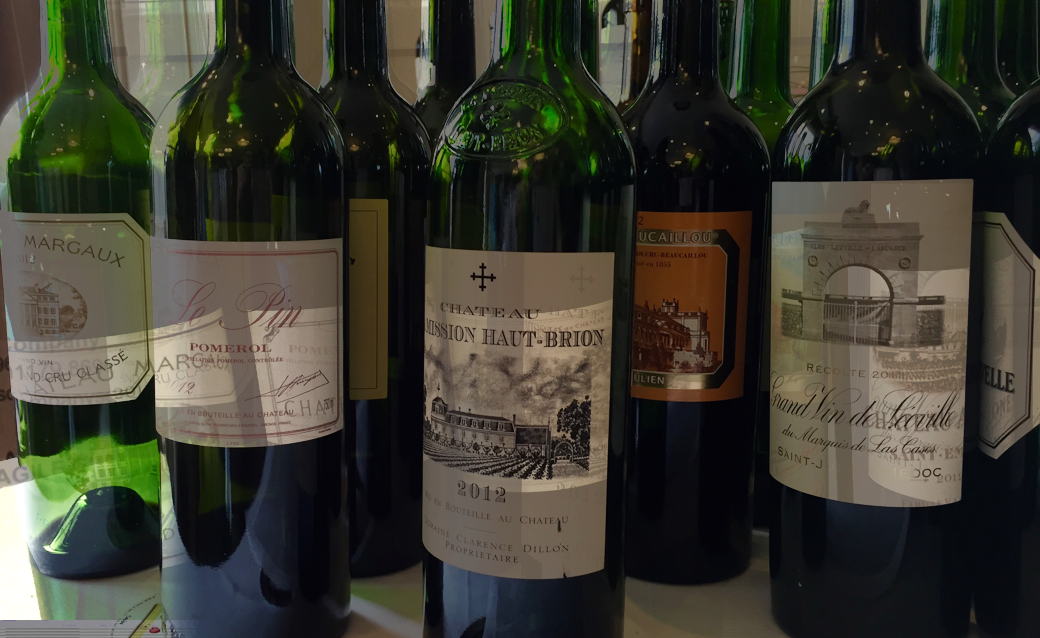 Andrew Jefford and myself have been lucky. We have both consumed more than our fair share of “the best”. When I was learning about Bordeaux and Burgundy, the very top wines were beyond my budget, but if I stretched hard they were within reach and you know what?
That was good enough for me.

Jefford has made his decision after many years writing and tasting, however, many others are deciding to do likewise at the beginning of their wine adventure. It has become hip to eschew Bordeaux; to ignore the region, its people and its wines. If high prices infer that you are not worthy of their drinking their wine because you are not successful or wealthy enough, then that creates enmity as much as aspiration. The dispossessed take their interest elsewhere and rightly so. The question is whether they will harbour resentment forever or whether they will forgive should they find themselves with sufficient disposable income. I would not count on it.

There will always be wine-lovers demanding the finest wines available to humanity, to quote the immortal Withnail. When “Withnail and I” was made in 1986 that implied Bordeaux and Burgundy. Nowadays that might well be Alsace or Sicily or the Willamette Valley or whatever tickles your tastebuds.