We are 20 days into 2017 and so far, no Bowie-esque deaths. Paul McCartney. Alive. Stevie Wonder. Alive. Aretha Franklin. Alive. Nik Kershaw. Alive. Phew. So far, everyone accounted for. Despite obituary writing being the most secure job last year, there is no doubt in my mind that it was a fertile 12 months for great new music and hopefully this year will be a continuation. So with that in mind, I decided that the theme for the first music column of the year should be the new. 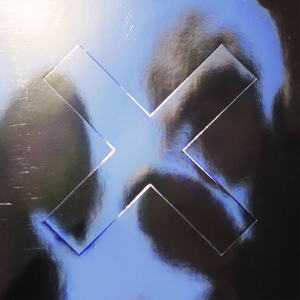 Album of the Month: I See You by The xx

There is already one contender for album of the year courtesy of “The xx” whose third release is on constant rotation. Even though 2009’s self-titled debut  scooped a prestigious Mercury Music Prize, my music radar must have been malfunctioning at the time because I overlooked this London trio, namely Romy Madley Croft, Oliver Sim and Jamie Smith (aka Jamie XX.) They kind of seeped into my consciousness and judging by their numerous gold discs, I am not the only one. That such a left field group has achieved success in the UK, but particularly over the United States, has restored my faith in people having good taste in music.

What I like about The xx is that they continue the great tradition of singers that can’t really sing. From Dylan to New Order to the Stone Roses, some of finest music ever made was down to a vocalist struggling to hit the right notes in the right order. A voice is like a vine: when it struggles, it can produce quality fruit. There is an interesting anecdote in Peter Hook’s recently published biography “Substance” where he asserts that New Order’s best songs were the earliest. He claims that they lost something when in 1986 an American producer told Bernard Sumner that he had been singing in the wrong key, one that did not match his register. Henceforth, all New Order songs had to be written to suit his limited vocal range and in Hook’s opinion, they lost that edginess that made their early songs such classics. I think there is some truth in that.

Basically you can use weak vocalists to your advantage and that is exactly what The xx do. At least they have two vocalists, Oliver and Romy share vocal duties and this adds contrast to their sound, notwithstanding a lyrical interplay. They sound like disaffected lovers on the cusp of estrangement, which is some feat considering that they are both gay. They sound vulnerable and affecting. You feel their angst. In Jamie XX they have one of the best producers in the world (blossoming on his stunning solo album in 2015) who deftly splices an eclectic array of samples to create the atmosphere. His genius is that his musical canvas never dominates the vocals, leaving plenty of spaces that lend their music a captivating sense of airiness. When it comes to The xx, the less is more. “I See You” might well be their best yet. From the inspired Hall & Oates sample in lead-off single “On Hold” (not that the curmudgeonly John Hall took it as a complement) to the spectral beauty of “Brave For You”, there just isn’t a weak track on “I See You”. It’s the kind of album you want to listen to late at night with the lights off.

Song of the Month

This is a bit of an unusual one for me. The song that has really blown me away was actually released last year. “Porz Goret” by Yann Tiersen is the most beautiful piece of piano music you will hear in a long time. The bloody Internet was down and unable to write, I took some time out and listened to a free music magazine compilation CD that had been gathering dust on a shelf. I admit that I fell asleep and awoke midway through this, the final track. Maybe it was the music itself that nudged me into consciousness? Yann Tiersen is a name you might recognize as he composed the famous soundtrack to the film Amélie in 2001 (amazingly Comptine d’un autre été from that is not far off 100,000,000 streams on Spotify.) Porz Goret comes from his album “Yuzin” released in December 2016 and yes, I know that technically it is around Grade 5 or 6 and the chord sequence is predictable and the playing style, Tiersen’s motifs are little different to his previous work. However, if music in whatever form is about forming an emotional response from a listener, then Porz Goret is devastatingly effective. Here you will be overcome by sadness, so you have been warned. Anyway, like The xx, listen to this late at night with the lights off.

For my “compilation tape” this month, the theme is “new”. All the tracks here were released in the first days of 2017 and they augur another great year for music. If you only listen to one, check out “The Lost Sky” by Jesca Hoop. I had not heard of her before and I can’t remember how I stumbled upon it. A little like Lisa Hannigan and Joanna Newsom, a spartan arrangement little more than her and an acoustic guitar, Jesca has a wonderful voice. I like how the time signature just skips a beat every other line. There is something unsettling about this song, something dark simmering below the surface. I've also included "Clinic Hope" by "The Gift" that incidentally features Brian Eno, some psych-indie from The Moonlandingz and a slice of outstanding, joyful Afro-beat courtesy of the brilliant Sinkane (singer Ahmed Gallab grew up in Sudan.) Wonderful, just wonderful. Check it out.

What I Have Been Watching

This is where I lose all credibility because I have been watching Celebrity Big Brother and its sidekick show “Big Brother’s Bit On The Side” (aka BBOTS.) Why do I watch this lowest common denominator televisual trash? It’s my guilty pleasure. You slave all day penning notes, piecing together complex articles for this esteemed publication...hey, I don’t want to watch something that is going to force me to think. I want to switch off. And the thing is, since the format moved over to Channel 5 the show became much better. The celebrities are non-entities: just regurgitated reality TV stars and Z-list names trying to give their career a boost. Therefore I always ignore the first show when they are introduced one by one into the house because I just don’t care. I usually miss a the first couple of days, then I will be bored late at night and inadvertently watch 5 or 10 minutes. Thereafter I will be glued up to the point when the interesting participants have been booted off so usually skip the last few days. But in between you get the voyeuristic thrill of watching people argue, fight, lose their cool, vandalize, suffer mini nervous breakdowns, smash their way out of the house in desperation or fall hopelessly in love (usually between some boyband reject and some perma-tanned, doe-eyed bimbo with pneumatic boobs and an IQ of three.) This feral version of the show is far more entertaining than during its heyday simply because it threw away its moral compass, contented to be a cult rather than a ratings grabber. Then I watch BBOTS because it is rare to find live shows on TV these days and in Rylan, another former reality TV star from X-Factor, they surreptitiously found probably the most natural gifted live presenter in years. Who knew. Anyway, yes, watching reality TV like this might seem a waste of time.

Then again, is it so different to watching politics these days?