What can I say? 2016 was a year of giddying heights and dizzying lows, vinously and personally. The wine world lost some truly beautiful minds. But it appears mother nature chose to remember them with an outstanding vintage in major regions around the world and some glorious wines in the pipeline with which to drink to our gone but not forgotten friends. For me, 2016 will always be a special year. After more than 25 years of being a global nomad – living in London, Tokyo and Singapore – I finally put down roots here in Napa with my family and bought a home, complete with a little land to grow things on (not grapes) and three sheep. I mention the sheep because, on the 15th of December, I was feeding our beloved new ovine pets during a night of downpours and flooding (not complaining one bit about the rain!) when I completely lost my footing on the steep wooden stairs leading down from our field and broke my arm rather badly. So, out of this rollercoaster year with a bang, not a whimper.
Current Releases: Best of Australia 2016
Thus far, the South Australia 2014s entering the market tend to be a bit lackluster compared to previous vintages. As a vast country of many vintages, I caution readers not ever to write-off any vintages when it comes to looking at Australia as a whole! Nonetheless, the real highlight releases coming out of Australia in 2016 were the late release 2012s and 2013s, vintages which so far just can’t be beat.
2012 Penfolds Grange
Credit where it is due, this is a stonking great Grange from a great vintage.
2013 Giaconda Chardonnay
The leader of the stunning Aussie Chardonnay pack…!
2013 John Duval Wines Eligo
Of course, the man – John Duval – has long been a legend in his own time in the Barossa. Now his eponymous label and this glorious Shiraz are right up there too.
Current Releases: Best of New Zealand 2016
In 2016, I continued to see sparks of brilliance among disparate pockets of New Zealand’s Pinot Noir plantings. And the Chardonnay’s just keep getting more and more impressive.
2015 Quartz Reef Pinot Noir, Central Otago
Rudi Bauer hits pay dirt with his opulent, sexy 2015 Pinot Noir from his biodynamically farmed Bendigo vineyard.
2013 Bell Hill Pinot Noir, North Canterbury
Bell Hill’s unique limestone slope in North Canterbury continues to yield one of New Zealand’s finest Pinot Noirs. Still a newly established site in the big scheme of things, the future of this already highly sought-after wine is very exciting indeed.
2013 Giesen The Fuder Chardonnay, Marlborough
This was a new release from Giesen, who is now producing a range of these “fuder” (BIG barrel) aged, single vineyard wines. Coming from what is one of Marlborough’s most exciting vineyards – the Clayvin Vineyard – I’ve had this Chardonnay half a dozen times now, and it has never failed to blow me away!
Current Releases: Best Value Wines 2016
Call me biased, but as a grazer of wines from all over the world, I can’t help but see Australia as what has to be one of the greatest if not the greatest producer of wines that deliver real bang for your buck.
2014 John Duval Plexus
Yep, John Duval gets two shout-outs from me this year, both for quality and for value. I could not believe the cost of this humbly priced Shiraz, Grenache, Mourvedre blend. Offering amazing quality and cellaring potential, I urge readers to stock up!!
2014 Josef Chromy Chardonnay
As the new-school Aussie Chardonnays continue on their upwards trajectory, they unfortunately get a bit pricey. But, I’m happy to say there is still a lot of value to be found, like this beauty from Tasmania.
2014 Sons of Eden Freya Riesling
For lovers of Riesling, this young-gun operation has fashioned a particularly pretty, fragrant and harmonious expression, which just happens to be a great value.
Best Wines Consumed by this Reviewer in 2016
2007 Harlan Estate, Napa Valley
The final wine I tried in a tasting of Napa Valley’s best 2007 Cabernets, this rich, seductive, multi-layered behemoth was mind-blowing great, even at this very youthful stage.
1990 Chateau Margaux
Our major shareholder cracked open this beauty during one of my visits to Singapore in 2016. It was a magic way to remember the recently departed Paul Pontallier, who took over as the Managing Director of Chateau Margaux this same year. RIP.
2012 Marcassin Chardonnay Marcassin Vineyard, Sonoma
Wow – satiny, seductive and so decadently good. More, please. 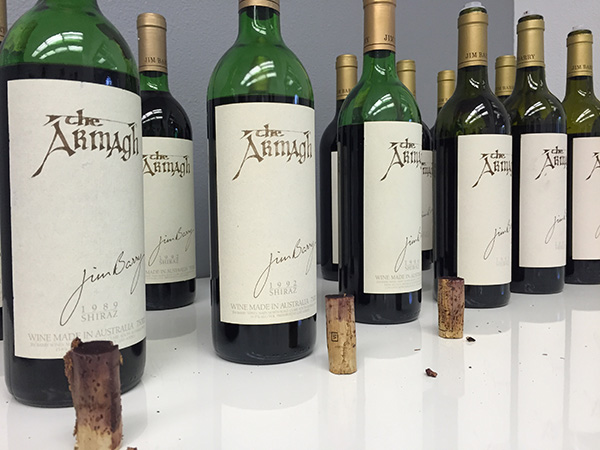 Best Vertical / Retrospective Tasting of 2016
Jim Barry’s The Armagh
I just love it when the story of a vineyard unfolds in the glass throughout a retrospective tasting. This vineyard has such a singular, beautiful tale to tell. 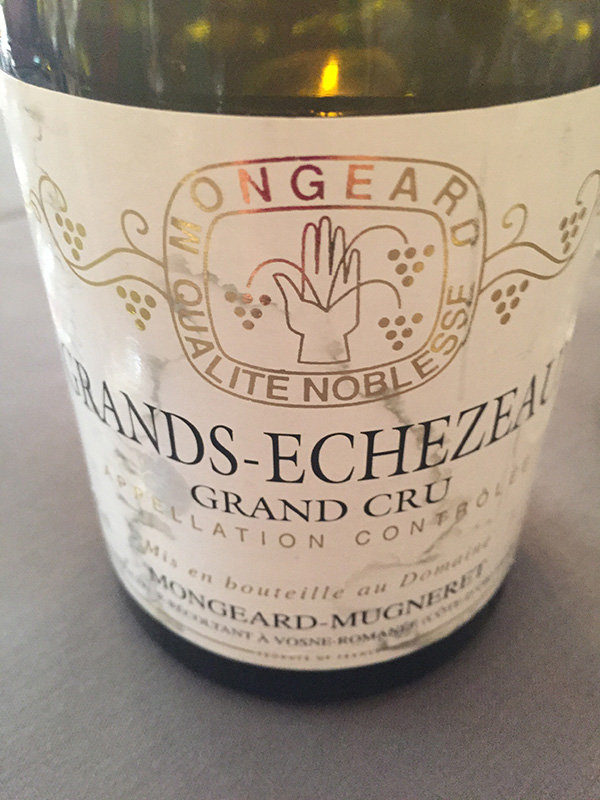 Best Dinner of 2016: Our first Thanksgiving Day dinner in our new home

My husband is British, my first daughter was born in Tokyo and the second in Singapore, so until this year, all our Thanksgivings living abroad were rather half-hearted affairs. A friend of mine generously gave us a Rudd Farms Heritage Turkey, which made the occasion extra special. The bird was delicious, a bit gamey in fact, and reminded me of the pheasants I would cook for my husband back in London when he was just my boyfriend (donated to the staff by the chairman on Corney & Barrow, after his shooting expeditions). I served it with 2006 Mongeard-Mugneret Grands Echezeaux, which was just magic. 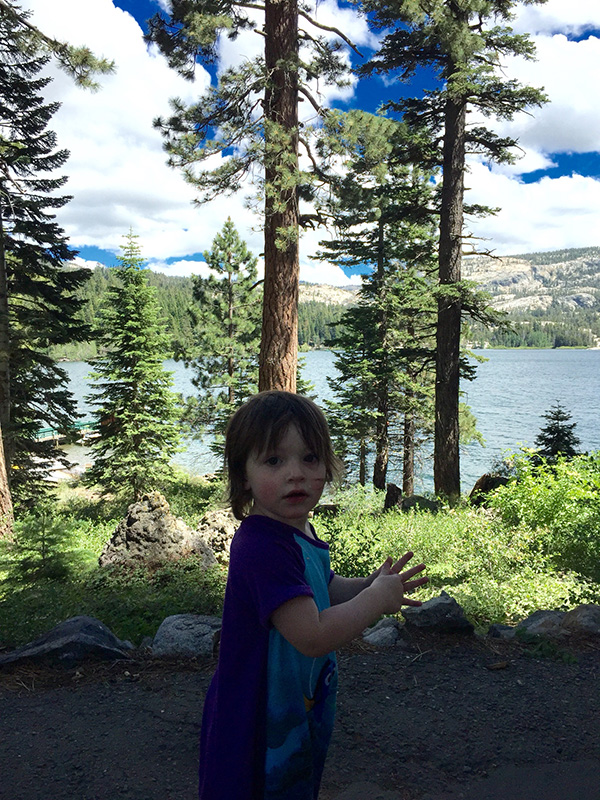 Best Get-a-Life-Out-of-Wine Thing of 2016
Camping with the family at Silver Lake in the Sierra Nevada Mountains, CA in July.